Emails That Will Make Your Co-workers Hate You

Have you ever thought about how many digital communications you send in a day? Whether it's text, social media, or email, we all send countless messages during the week. Passive aggressive behavior, pointless status updates, or even cyber-bullying is obvious on social outlets, but we need to consider if our communication style to our co-workers makes us equally guilty perpetrators.

It is easy to spot when its coming from others. We all hate the short and snappy comments in person, but when a message sits in our inbox, it festers and gets worse. We see it or are reminded of what that person said every time we open our inbox. The subject line seethes in red, waiting to raise your blood pressure and cause you to roll your eyes. But then again, how often have you done this? If you've sent any of these emails, you're likely the cause of the same stress you dread.

You probably got annoyed just by reading the above tagline. The ultimate "Hey idiot" or guilt-tripping tagline. Please read below emails are often sent in the same way a rib-jab is given. The sender often means, even if not being super intentional about it, to prove a point. People attempt to prove points to get their way or justify a stance, not to communicate effectively.

This is the equivalent of posting a link on a Facebook argument thread that further states your claim. The person already knows your stance, so sending them an email from a Ph.D. or some expert won't change their mind. Unfortunately, facts don't change people's minds. Relationships do. And if you're just sending a "read below to see how I'm right and you're wrong" email, the recipient will probably just be thinking of their own "read below" email without even reading yours. The biggest problem comes when you copy the entire office in the email when it is clearly aimed at one person. This can start in office wars where people feel forced to pick sides.

Instead, it's simply, don't call anyone out. Try replacing the "read below" email by asking to share your time in person to discuss the matter. Coffee, lunch, whatever it takes to focus on a compromise aimed at solution rather than victory in discussion and debate.

Assists are great in sports. It shows selflessness and focuses on the team winning rather than personal glory. Assists in the office are not the same. No one wants them and they are the worst stat to lead in. You're not throwing an alley-oop when you pass the ball; you're avoiding responsibility and adding to someone else's workload.

Imagine your office running down the court but everyone is dribbling their own ball, and each of you has to score, and you each have to score 100 points by 5:00. Then all of a sudden Steve gets a notification on his phone. It's an email you sent telling him you left your ball at half court and he now has to score 50 of your points by the end of the day because you forgot you have to pick your kids from band practice early today.

Steve is going to be frustrated.

He's going to wonder how you could forget this. He'll likely feel guilty if he says no and will have to stay late. This will annoy him further because no one will notice and it seems you don't value his time. First of all, don't put another co-worker behind the eight ball in situations like this. And if you do, ask rather than telling them about the situation. Make sure to lift them up in some way when they come through, just like you would if were sports and a teammate came through in the clutch. 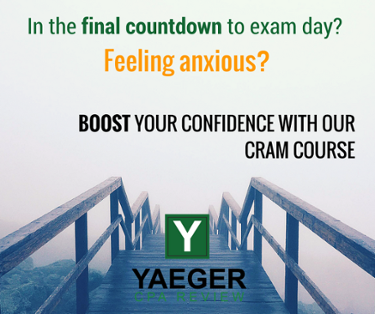 3. The "This email looks like work but really isn't" email

Sometimes you aren't going to perform at your best for an entire eight hours. There are many reasons for this. You may be distracted by something happening in your personal life. There might be something coming up in the office causing nerves and distracting everyone from their day to day work. Maybe it's just Friday and it's been a long week.

Regardless, you're going to feel pressure to earn your paycheck. But by doing what? People often turn to communication because it simulates work. You might check in on the progress of a project or send an email asking about next weeks meeting. You might over communicate because it's something to do that is remotely related to work.

However, you don't actually need to know this stuff. This type of communication is going to annoy co-workers because they have their own stuff to deal with. Even if it doesn't, it's going to decrease productivity and create an atmosphere of distraction. Instead of feeling that you need to communicate to feel productive, consider working out during your lunch or even taking a half day. Forced work and forced communication often end up being spinning wheels that don't make progress. Do yourself and your employer a favor by getting back on track rather than faking it.

This same communication struggle applies to studying, relationships, or even going to the gym. Engaging with a book, a spouse, or the gym is pointless if you're not present. Don't just stare at pages, sit across the table, or walk around the free weights because you feel you need to be there.